Women over the age of 50 are a marginalized group in the world of work. Women, in general, are very underrepresented in a lot of male-dominated industries but now that attitudes are changing and we’re starting to close the inequality gap, younger women are finding it easier to break into these careers. There’s still a problem there but it’s much worse for older women. Back when they were first entering the world of work, there were very specific ideas about which jobs were suitable for women and which ones were suitable for men. That means that older women didn’t end up getting the training that they need for some of these industries and so, while younger women and men of all ages have a chance to pursue those careers, it’s a lot harder for older women. However, that doesn’t mean that it’s impossible. If you’re thinking of a career change in later life, why not consider one of these industries that have a severe lack of older female employees.

The technology has quite a lot of issues with representation. Women, in general, are underrepresented and they face a lot of discrimination in the tech industry because there are a lot of outdated attitudes about it being a man’s job. Women tend to find it difficult to command the respect that they deserve because a lot of people hold these false views and automatically assume that they don’t know as much as their male colleagues. This may be the reason that women are actually leaving the tech industry faster than they’re entering it. There is also a lack of older people in general because people tend to assume that it’s the younger generation that knows about technology and the older generation doesn’t have a clue. Obviously, young people have grown up with this stuff so they are more likely to be tech literate. However, plenty of older people have still learned this stuff and can thrive in a job in the tech industry. It seems to be more accepted that older men will be able to retrain in the tech industry and older women aren’t usually seen to be interested in the tech world.

But don’t worry, if you are interested in the tech world and you want to pursue a career in the industry, you absolutely can. You’ll come up against a lot of hurdles and you’ll have to retrain if you want a technical job, but there are other ways. A lot of the standard business positions like sales and marketing are still just as important in the tech industry so if you have experience there, you still stand a good chance of getting a job. It’s still a good idea to try to learn a bit more about technology and engage with things like social media a bit more before you start applying though.

Engineering is one of the most male-dominated industries that there is and, while there are a lot of older and younger men that work in engineering, women of all ages are underrepresented. In the past, women wouldn’t have even considered a career in engineering. That’s starting to change a little these days but the percentage of women in engineering is still only around 11 percent and not many of those will be older women. More young people have the opportunity to get degrees these days so it’s easier for younger women to get into engineering. If you’re an older woman and you don’t have the necessary qualifications to work in engineering yet, it can be difficult. Going back into full-time education in later life isn’t always the most practical thing, especially if you’ve got a family to support because you’ll need to continue working. Luckily, there are some better options for you. You can do civil engineering masters programs online instead of going back into education full-time. You’ll need to have an undergraduate degree beforehand if you’re going to be eligible but if you’ve got that already, you can apply right away. Being able to do it online in your spare time means you can keep on working while you retrain so you can manage your finances properly.

You might think that this is a bit of a strange entry on this list because most people don’t tend to think as the aviation industry as being particularly male-dominated. Overall, it isn’t and there are a lot of women working as flight attendants. However, most of them tend to be younger women under the age of 50 and most of the older flight attendants are men. There is also a huge lack of women, in general, working as pilots. In fact, women only account for just over 5 percent of the pilots for 34 major airlines. Flight training involves learning about the general mechanics of a plane and there are a lot of stereotypes about women and their lack of skill in this area. It’s an intimidating environment for women to be in because they may feel like they’re being judged unfairly by their male counterparts. This puts a lot of women off training to be pilots and the majority of women that work as flight attendants are younger so women over 50 are massively underrepresented.

If you do want to train as a pilot, it’s a long and expensive process so unfortunately, it’s not ideal if you want to switch careers in later life. You’ll need to go to an aviation school and get a 4-year degree before you start training in commercial aircraft. You’re going to land yourself in a lot of debt and that’s not ideal when you’re coming toward the end of your career. Unfortunately, the best solution to this issue is to encourage more women to train as pilots when they’re younger. 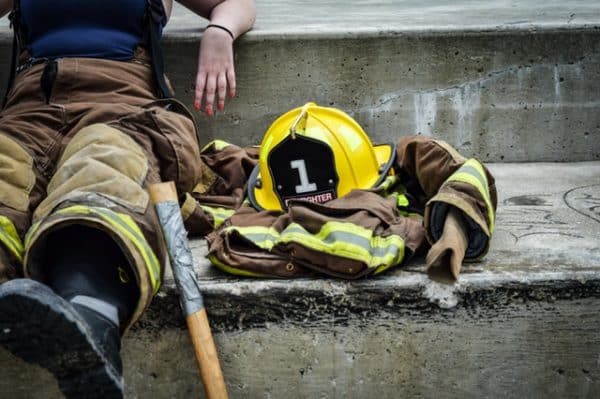 When it comes to the emergency services, the gender lines have been pretty clearly drawn for a while. There are plenty of women, older ones included, working in the medical industry, especially as nurses. People don’t find it uncommon for women of all ages to work as nurses but in the other emergency services, it’s a different story. The fire service is the worst of all of the emergency services but it’s a problem across the board. Like so many other industries, it’s the outdated stereotypes about gender that are barring women from entering these industries. A lot of people would tell you that women don’t have the physical capability that men do so they can’t succeed in the fire service or the police. However, the number of women passing the exact same physical tests as men to get into these jobs suggests that those stereotypes don’t hold up. In the past there were also a lot of height restrictions that made it harder for women to get into the emergency services and, although they’re being relaxed now, it might be a little too late for some of the older women that are interested in a career in the emergency services outside of EMT services.

Older women are in a difficult position in the job market at the moment. While things might be changing and it’s getting a little easier for younger women that are just entering the job market to get into traditionally male-dominated fields, it wasn’t the same for older women when they were first starting out. In some industries, you need to start training while you’re young and that means there is a serious lack of women over 50 in a lot of these careers. 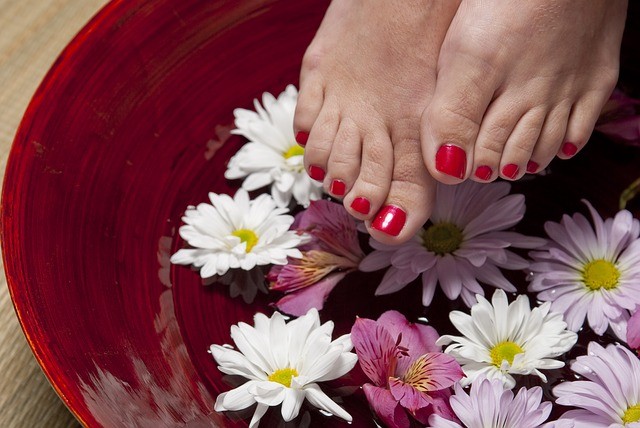