“See now you done got me thinking on it” she announced as she flounced out of the room.

Mr. Anders had spent more than two years trying to gain the trust of the inhabitants of this coal camp, one of the three he traveled between as part of his government job. He thought it would be easier being from Kentucky and all, but this was West Virginia and he had no people here, no connection to the land. He was hired along with hundreds of others to go into Appalachia and record the stories and the songs.  Some called them songcatchers, some called them city folk, but all called them strangers.

Mr. Anders might be from Kentucky but he was not from the mountains, he was from the city, the university. The people didn’t trust him even after these two years.  He was still an outsider.  He couldn’t really blame them much from what he had seen. Any outsider that had ever ventured deep into the Appalachian mountains had been there to steal something from the people who lived there.  Outsiders had stolen their land, their timber, their water, and now they were trying to steal their very voices with “those contraptions”.

Mr. Anders packed up his recorder and his notebooks and walked onto the porch. From this vantage point, he could see the entire town and all its history. One only need to stop for a minute and really look at Black Bottom. You could see exactly what all those outsiders had done. Railroad tracks ran through the center of town carrying the coal from the mine to destinations unknown, probably the coke furnaces of Detroit. One one side of the tracks stood the ornate white two-story houses of the mine operators and foremen, each one having a big front porch and a yard full of flowers. On the other side of the tracks were the ramshackle company houses thrown together quickly by the coal company for the miners and their families.  These company houses were little more than a one-room shack held together with spit and string, each one leaning against the one next door for support. Most only consisted of one large room, maybe two, and if they were lucky a small coal stove for heating and cooking.  They had a rickety porch and a little square of dirt that was meant to be a yard.

The children saw this division better than anybody. In the manicured yards of the big houses, children played with cap guns and store-bought dolls. The children were well-fed with clean faces and nice shiny shoes. They stayed in their yards and never ventured to the other side of the tracks for if they did they would get a switching right in front of everyone.

The miner’s children were often skinny and barefoot wearing rags for clothes, covered in coal dirt and red clay from playing in their yards. Their toys were sticks, cans, and rag dolls made with old clothes. This was not the fault of the parents as many in the big cities believed. The outsiders, the kings of industry, had set it up this way long ago.  The miners were worked to death for little pay often owing more to the company at the end of the week then the few cents a ton they received for back-breaking work. Most of the mines paid in script that could only be used at the company store further keeping miners in dept. The company controlled every aspect of the miner’s life and charged a hefty price for it from the company doctor to the company school even their homes were company property and they could be tossed out without warning for the simplest of things.

Mr. Anders had seen a family tossed out by hired men just hours after the father had been killed in a mine explosion. A woman heavy with child and four little children with nowhere to go tossed out like garbage. He could still hear her crying and screaming in Italian not understanding what was happening. She was still standing there wailing when a new family was moved into the house the next day. Here in Black Bottom there really was a wrong side of the tracks and the people he most wanted to accept him lived there.

Further information on WPA and the “songcatchers”

Today Is Brought To You By The Letter “C” 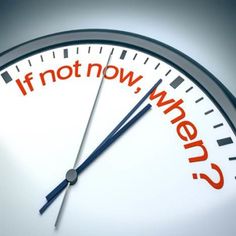