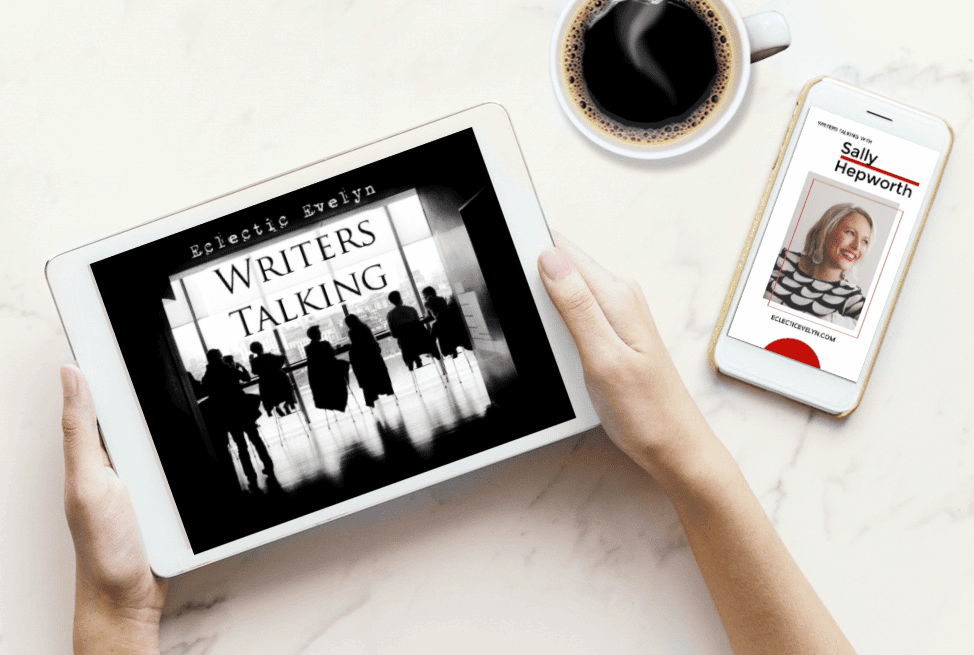 Sally lives in Melbourne, Australia with her husband and three children. She is the bestselling author of The Secrets of Midwives (2015), The Things We Keep (2016) The Mother’s Promise (2017), The Family Next Door (2018) and The Mother In Law (April 2019). Sally’s books have been labeled “enchanting” by The Herald Sun, “smart and engaging” by Publisher’s Weekly, and New York Times bestselling authors Liane Moriarty and Emily Giffin have praised Sally’s novels as “women’s fiction at its finest” and “totally absorbing”.

Sally’s novels are available worldwide in English and have been translated into 10+ languages.

I just finished reading The Mother-In-Law and I have to ask you the question everyone is dying to know. How is your relationship with your mother-in-law?

I can tell you that she’s read the book and she is still speaking to me, so that’s a relief! As for our relationship in general, I’m one of the lucky few who has a great relationship with my mother-in-law (and I’m not just saying that in case she reads this – hi Anne!). She has always been very supportive of me and she is a huge champion of this book. I count myself very lucky in this regard, as I suspect not every Mother-in-law would be as gracious upon hearing the topic of her daughter in law’s book 🙂

Where did the inspiration for The Mother-in-Law come from?

I’ll admit, it was during a visit from my Mother-in-Law that I got the idea for the book, but it’s not what you think! It was actually my beloved father-in-law who was the impetus for this book. Both my MIL and FIL had been visiting from the U.K after the birth of my third child, and my father-in-law would not stop pestering me about what my next book was about. I kept telling him I didn’t know what my next book was going to be about—I’d just given birth!—but he wouldn’t let it go. Finally, I told him: “I’m going to write about a woman who murders her father in law.”

We laughed about it, but the more I thought about it, I decided it wasn’t a bad idea. Still, I thought it would be an even better idea if I substituted Mother-in-Law for Father-in-Law. My father in law was bummed because he was looking forward to his fifteen minutes of fame, but he was happy with how it turned out in the end.

Do you come from a family of readers? Did you grow up with books in your house?

Yes! My earliest memories of my parents are of them sitting up in bed, side by side, with books in their laps. Now, most nights, my husband and I can be found in a similar position. So it’s fair to say books were a big part of my childhood. Another thing that was a big part of my childhood was libraries. When I was young, my whole family went every Saturday morning to return our books and choose new ones. I’ll always remember the silence of the house on Saturday afternoons, while everyone got stuck into their new book.

Do you write one book at a time or do you work on multiple books at once?

Multiple? I can barely keep track of the characters in ONE book!

Out of all your books you have written, who is your favorite character? why?

Diana Goodwin from The Mother-in-Law. I realize this is a controversial choice as she is not always likable, but it is hard to write a character so formidable and not fall in love with them, at least a little bit.

What advice would you like to give writers who are struggling with their first novels?

Don’t be afraid to write. Write a bad first draft. Write a better second draft. Keep making it better. But if you are too afraid to write the words in the first place, it will never get better.

The Mother-in-Law: A Novel

A twisty, compelling new novel about one woman’s complicated relationship with her mother-in-law that ends in death…

From the moment Lucy met her husband’s mother, she knew she wasn’t the wife Diana had envisioned for her perfect son. Exquisitely polite, friendly, and always generous, Diana nonetheless kept Lucy at arm’s length despite her desperate attempts to win her over. And as a pillar in the community, an advocate for female refugees, and a woman happily married for decades, no one had a bad word to say about Diana…except for Lucy.

That was five years ago.

Now, Diana is dead, a suicide note found near her body claiming that she longer wanted to live because of cancer wreaking havoc inside her body.

But the autopsy finds no cancer.

It does find traces of poison, and evidence of suffocation.

Who could possibly want Diana dead? Why was her will changed at the eleventh hour to disinherit both of her children and their spouses? And what does it mean that Lucy isn’t exactly sad she’s gone?

“With jaw-dropping discoveries, and realistic consequences, this novel is not to be missed. Perfect for lovers of Big Little Lies.” —Library Journal, starred review

“Hepworth deftly keeps the reader turning pages and looking for clues, all the while building multilayered characters and carefully doling out bits of their motivations.” —Booklist