What are Ramps and How Do You Cook Them?

Home > Home & Garden > What are Ramps and How Do You Cook Them? 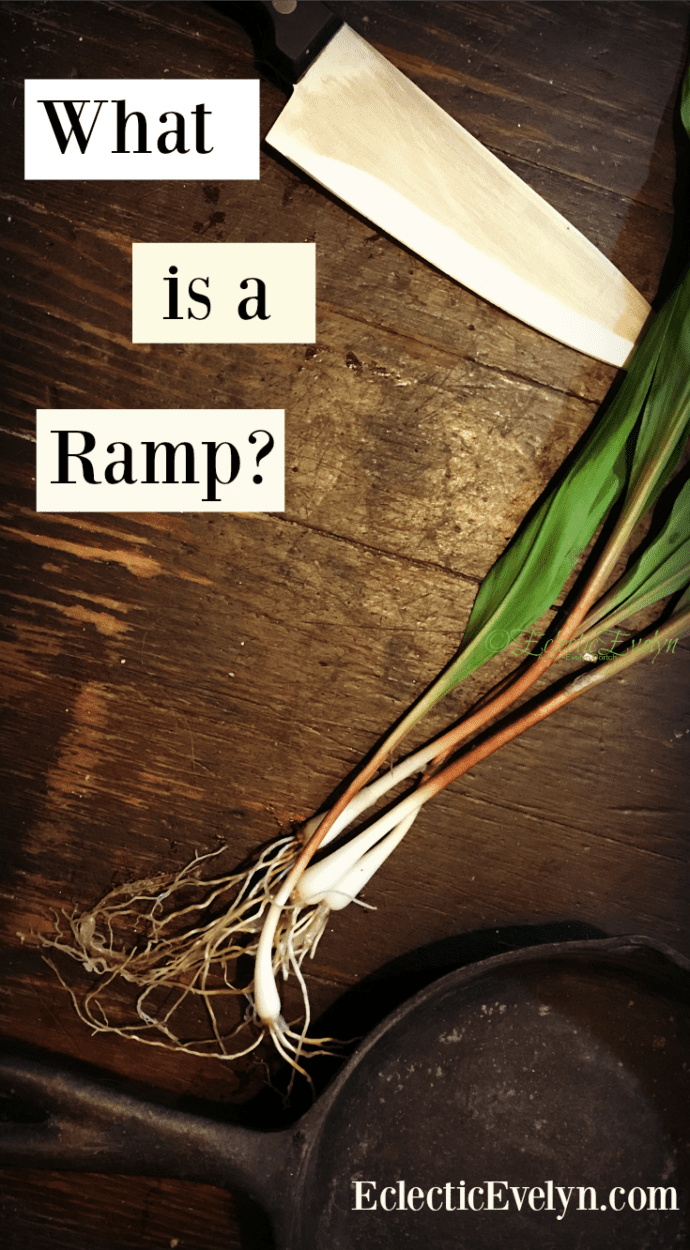 My Mamaw Flotie (Great-Grandmother) always called ramps her spring tonic. Each year sometime after Easter and when the daffodils were all blooming, she would say “Jake, time for a dose of my spring tonic” and my Papaw would show up later in the day with a mess of ramps he had been digging.  My Papaw was always digging something up in the mountains – ginseng, ramps, mushrooms, and all kinds of medicinal roots. The next morning Nanny, my grandmother — Flotie’s oldest daughter, would wake me up opening the bedroom window. I would then smell the aromas of breakfast. Spring tonic was ready, all the aunts were there, and all the windows in the house were open to “blow the stink out”.  After breakfast, the men already gone to work, all the kids were sent out to play for the day and spring cleaning would commence. We would spend the day roaming the woods and playing in the creek or swimming in the river just being kids exploring, catching green snakes and crawdads, building forts and running in and out dirtying the floors while all the women were trying to clean. Screen door slamming.

FUN FACT: Chicago is a corruption of the French misspelling (chicagou) of the indigenous peoples' word for ramps shikaakwa. The name was first recorded by 17th-century explorer Robert Cavelier, Sieur de La Salle, and explained by his comrade, naturalist-diarist Henri Joutel.Click To Tweet

So, what exactly are ramps?

Mamaw always said they were an especially pungent wild onion, and Papaw called them a wild garlic but they are actually

Allium tricoccum is a bulb-forming perennial with broad, smooth, light green leaves, often with deep purple or burgundy tints on the lower stems, and a scallion-like stalk and bulb. Both the white lower leaf stalks and the broad green leaves are edible. The flower stalk appears after the leaves have died back, unlike the similar Allium ursinum, in which leaves and flowers can be seen at the same time. Ramps grow in close groups strongly rooted just beneath the surface of the soil.
(According to Wikipedia )

Ramps have a high vitamin C content and blood-cleansing properties which made them highly prized by indigenous Americans and Appalachians.  The Cherokee ate ramps to treat colds and the croup.  The Chippewa decocted the root to induce vomiting and the Iroquois used it to treat intestinal worms.

Ramps are famous for their pungent smell it is said that you can smell ramps cooking a mile away.  Some people claim the smell makes them nauseous but for us ramp lovers it just makes us hungry.  Famous West Virginia teacher and newspaperman Jim Comstock said  “Don’t let the horror stories about ramp odor scare you off . . . .a ramp is just an onion that hasn’t been civilized or had the fear of the Lord driven into it.”

If you are considering hunting your own ramps please do it responsibly. Ramps might be trendy right now but for Appalachians, they are part of our culture.  In many areas ramps are disappearing because people are not harvesting them correctly. It takes several years for ramps to grow into the proper size to eat so going in and clearing out a patch you find will ensure that next year there will be no ramps.  Here is a good resource on how to sustainably harvest ramps so that they are around for many generations.

FUN FACT: West Virginia has a law that states - No children may attend school with their breath smelling of 'wild onions.' In other words, you can't eat ramps and go to schoolClick To Tweet

And how do you cook them?

You treat ramps like garlic or onions.  Here in Appalachia, we see them more like something to cook with food and not really something to eat alone. Since chefs and hipsters in major cities have discovered the existence of ramps, they have become somewhat of a delicacy and are used in some interesting ways that we would have never thought of in Appalachia.  Here we eat food that is basic and gives you the full belly you need to do a hard days work.

I am going to share my Mamaw’s recipe and a new one we tried this year that turned out really good. I cook like all the women in my family, with my eyeballs, so I am totally guessing at any measurements that are listed.  We use measurements like a handful, a drop, some, couple of sprinkles, mess, a good size, enough for a grown man, not too much, etc. In the recipes passed down in my family, it is hard to find a real measurement written anywhere so bare with me and my guestimations.

I have collected some of recipes and information in a Pinterest board that you can check out. 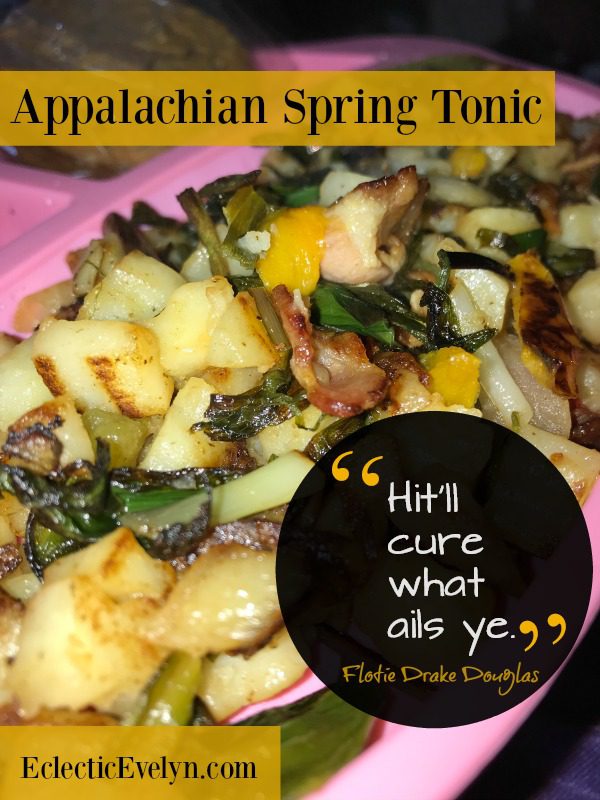 I just found Mamaw Flotie's Appalachian Spring Tonic Recipe. You should check it out.Click To Tweet

This is a new spin on an old classic.

Ever had Shrimp Scamp with Ramps? Here's a great recipe for it straight from Appalachia. Click To Tweet

I hope you learned something about one of my favorite Appalachian foods and how we like to eat them. Let me know what you think of my recipes.  These are the first real recipes I have ever written for my blog.  Hope they are written right, but if they are not I’m sure my food blogger friends will let me know.

Ever heard of ramps before? Did you try out these recipes?

Leave me a comment and let me know what you think.