“Now these women, they can WRITE!” —Terry McMillan, New York Times bestselling author of It’s Not All Downhill from Here

“We Are Not Like Them will stay with you long after you turn the last page.” —Laura Dave, New York Times bestselling author of The Last Thing He Told Me

Told from alternating perspectives, an evocative and riveting novel about the lifelong bond between two women, one Black and one white, whose friendship is indelibly altered by a tragic event—a powerful and poignant exploration of race in America today and its devastating impact on ordinary lives.

Jen and Riley have been best friends since kindergarten. As adults, they remain as close as sisters, though their lives have taken different directions. Jen married young, and after years of trying, is finally pregnant. Riley pursued her childhood dream of becoming a television journalist and is poised to become one of the first Black female anchors of the top news channel in their hometown of Philadelphia.

But the deep bond they share is severely tested when Jen’s husband, a city police officer, is involved in the shooting of an unarmed Black teenager. Six months pregnant, Jen is in freefall as her future, her husband’s freedom, and her friendship with Riley are thrown into uncertainty. Covering this career-making story, Riley wrestles with the implications of this tragic incident for her Black community, her ambitions, and her relationship with her lifelong friend.

Like Tayari Jones’s An American Marriage and Jodi Picoult’s Small Great Things, We Are Not Like Them explores complex questions of race and how they pervade and shape our most intimate spaces in a deeply divided world. But at its heart, it’s a story of enduring friendship—a love that defies the odds even as it faces its most difficult challenges.

If there’s a sound more magical than the Ebenezer AME church choir, I’ve never heard it. They’re opening with an exuberant medley of gospel, funk, and some Broadway-style riffs that feels more like a stadium concert than a church service. The choir calls everyone to their feet, and I rise, limbs loose, eager to abandon myself to the invigorating rhythm. It’s a packed house today, with some three hundred people filling the cavernous space, the energy palpable. There’s nodding and swaying, spontaneous shouts and murmurs. You don’t need an invitation to hug a neighbor, burst into tears, or sing along as loudly and proudly as Mahalia Jackson herself.

It’s been a while since I’ve been to church, but exultation is like muscle memory. For a blissful moment, I don’t feel stressed or self-conscious; I feel rejoiced. One of those rare moments when I understand what people mean when they say they’re filled with the Spirit. The sanctuary of this church is as close as I’ve ever been to feeling God. Back when I was a little girl, my insides wound up so tight I felt like I was suffocating, these gleaming pews on a Sunday morning were a kind of escape, from thinking about tests and grades and the kids who called me “Oreo” and said I talked so white when I used the SAT vocab words Mom had been drilling me on since kindergarten. I need this now, a cocoon from the outside world, even if only for an hour. A respite before I have to return to work, and to covering the story for which I’m now the lead reporter, the one about how my friend’s husband shot an unarmed Black kid.

When Jenny called yesterday I froze. Finally, before the last ring sent her to voice mail, I dashed into a conference room, slamming the door behind me. I didn’t know what I was supposed to say, but I needed to know she was okay.

We only talked for two seconds. But last night, as I reported live in front of the Twenty-Second District—Kevin’s district—I kept picturing her watching, her reaction, her biting furiously on her lip, as I spoke into the camera. “If Justin Dwyer doesn’t wake up from his coma, the officers involved—Kevin Murphy and Travis Cameron from here at the Twenty-Second—could be indicted for murder.”

Jenny was calling again by the time I reached my car to head home after the broadcast. Of course she’d been watching. She said she always watches my broadcasts. I couldn’t bring myself to answer this time. She’d know if I sent it straight to voice mail, so I stared at the phone as it rang and rang and then waited for a message that never came. I spent the rest of the night pacing my apartment.

So when Momma called last night, as she’s done every single Saturday since I’ve been back, to ask if I was finally coming to church, I gave her an answer that surprised both of us.

“Yep, I’ll be there.” I needed church. I needed something.

As the choir winds down, everyone is flushed and primed for Pastor Price, who lumbers up to the cherrywood pulpit. The imposing figure of Christ looms behind him, but even Jesus himself is no match for Pastor Price. He’s divinely exultant in his vibrant purple robes, his dark skin gleaming against the rich fabric, the lines of his strong jaw clenched as he prepares to give his flock the holy word.

“It’s a beautiful morning to praise the Lord, ain’t it!” Pastor’s baritone thunders up to the rafters. He hasn’t aged a bit since I was a kid, even though he must have rounded seventy. He’s led this church for more than forty years, and in that time has become the de facto leader of all the Black churches in Philly.

“Don’t you dare,” Momma murmurs, barely moving her mauve-painted lips. Suddenly I’m seven years old again and about to get a slap on the thigh for not paying attention to the word of the Lord. Back then, when she scolded me.

I allow myself the quickest peek at the phone. Jenny. Again. I wish she’d leave a voice mail. I need to know what she’s going to say first, to figure out how I feel. Especially after she went on TV shouting that her best friend was Black. On one level, it’s such a laughable cliché—Me, a racist? Some of my best friends are Black—but, on a deeper level, it gnawed at me. Here I was worrying that I was the one betraying her by covering this story, and then she goes and uses our friendship and my “Blackness” as a shield, a defense. It brought back something she’d said years ago that I’d decided to let go since we were having such a good time and I didn’t want to rock the boat. I was home from Northwestern on my first winter break, and she and I went club-hopping on Delaware Avenue. We were beyond excited to be together again following our first and longest time apart since we were five years old. I wanted Jen to notice that I was different—three months at college and I already felt more sophisticated and grown. But I was also scared she wouldn’t notice, and that that would mean I was the same ole Riley after all. But Jen was too busy gushing about two new friends she’d made, fellow waitresses at Fat Tuesday. She talked about these girls with the breathless infatuation of someone with a new crush. “They think it’s so cool that my best friend is Black.” Jenny rolled her eyes as she said it, but it was still clear that it was some sort of weird badge of honor for her, like I was a trendy accessory—otherwise why mention it at all? Jo Piazza is an award-winning reporter and editor who has written for the Wall Street Journal, the New York Times, the New York Daily News, New York Magazine, Glamour, Marie Claire, Elle and Salon. She has appeared on CNN, NPR, Fox News, the BBC and MSNBC. Her novel, The Knockoff, with Lucy Sykes became an instant international bestseller and has been translated into more than seven languages.

Jo received a Masters in Journalism from Columbia, a Masters in Religious Studies from NYU and a Bachelors in Economics from the University of Pennsylvania. She is also the author of the critically acclaimed If Nuns Ruled the World and Celebrity Inc: How Famous People Make Money.

She currently lives in San Francisco with her husband and their giant dog.

Christine Pride is a writer, editor and 15-year publishing veteran. She has held editorial posts at various imprints, including Doubleday, Broadway, Crown, Hyperion, and, most recently, as a Senior Editor at Simon and Schuster. Christine has edited and published a range of bestselling books, with a special emphasis on inspirational stories and memoirs. We Are Not Like Them, written with Jo Piazza, is her first book. She lives in New York City. You can follow her on Instagram at @cpride. 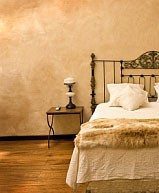