Show us your old posts and more on Traffic Jam Weekend!

Come on in to link up, share, and learn something with us.

For any newcomers to Traffic Jam Weekend, this weekly linky party is all about linking up your old posts so you can get some new comments and traffic.

To the frequent TJW visitors, thanks for always linking up.

These are the featured posts from Traffic Jam Weekend #82…

Gail chose How to Save Money on Electric Bill by Quirky Inspired. “Good tips to share with others.”

Kimberly chose Beginners Guide to the Super Bowl by I Am Zoe Watson. “Very informative post for those not-in-the-know about football…like me! Doesn’t matter that I’ve watched thousands of games over the years with my Daddy, Hubby, etc. I never had a real interest, so the plays don’t make sense. This post gave me a leg up.” 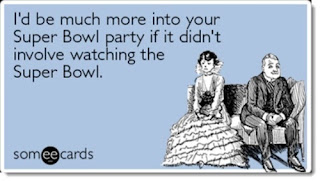 Evelyn chose 14 Things I’d Rather Do Than Watch the Super Bowl by WebMDiva. “So funny and so true for those of us not into spending an entire day watching overpaid millionaires chase a ball.”

The post with the most views was Life Grinch by Daily Dump.

Just a few rules for the party…