Revision is a Process

How to Take the Frustration Out of Self-Editing

A first draft holds the possibility of what will be a great story. Revision turns that rough diamond into a spectacular gem worth a reader’s money and time. 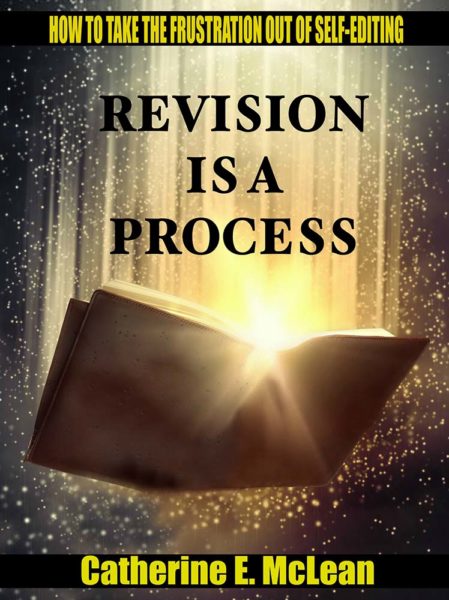 Writers are individuals but to be a producing writer means creating a system to revise and polish a work so the reader thoroughly enjoys the story. REVISION IS A PROCESS is a guidebook for writers and authors that shows how a simple 12-step process can be tailored to eliminate the most common and chronic maladies of writing genre fiction. This valuable guidebook contains secrets, tips, practical advice, how-to’s, and why-to’s for taking the frustration out of self-editing.

From Section 9 – Said is not Dead

One of the most controversial aspects of writing dialogue is the use of said as a speech tag. Some think using said is pedestrian and boring, others pepper every line of dialogue with said for fear the reader won’t know who is speaking. The fact is that said is nearly invisible to a reader. However, overuse is a common problem, so delete as many as possible without jeopardizing clarity or use beats. (Revisit the Oubliette example on the previous page. Said was not used. Beats were.)

In your review to minimize using said, watch for LY or ING ending speech tags like: “Drop dead,” she said dramatically. That tells (and does so poorly). Instead, show with a beat: “Drop dead.” The anger in her voice was unmistakable. You should avoid such tags as “Of course,” he said knowingly (which has an ING and an LY). You may catch the LY and ING tags in the passivity check, which is discussed in Section 11. However, don’t mistake the ING words when they’re necessary, such as “Oh, that dialogue speech tag has a participle added to it,” Marsha said, squinting at the underlined word on the page.

Yes, that’s right, squinting is part of a participle phrase, which can be useful in speech tags.

Purchase REVISION IS A PROCESS at Amazon or Barnes & Noble

Catherine E. McLean‘s lighthearted, short stories have appeared in hardcover and online anthologies and magazines. Her books include JEWELS OF THE SKY, KARMA & MAYHEM, HEARTS AKILTER, and ADRADA TO ZOOL (a short story anthology). She lives on a farm nestled in the foothills of the Allegheny Mountains of Western Pennsylvania. In the quiet of the countryside, she writes lighthearted tales of phantasy realms and stardust worlds (fantasy, futuristic, and paranormal) with romance and adventure. She is also a writing instructor and workshop speaker. Her nonfiction book for writers is REVISION IS A PROCESS – HOW TO TAKE THE FRUSTRATION OUT OF SELF-EDITING.

Read a post written by Catherine E. McLean for Eclectic Evelyn Here and learn about her writing space and her office minions.