Today’s guest post is Robin Gregory author of The Improbable Wonders of Moojie Littleman, her first published novel. Robin was born in Pensacola, Florida and grew up in California with seven siblings surrounded by horses, real cowboys, and the occasional rattlesnake. She has always been drawn to helping others, a trait that began, to her mother’s horror, with bringing home swallow chicks stricken from their nests.

She has worked as a journalist, lay minister, and infant massage instructor for mothers and babies at risk. She describes her work as magical realism. She studied French, Literature and Creative Writing, and is a lifelong student of mysticism. Her studies include Literature and Creative Writing at the University of California, Santa Cruz and Stanford University’s Writer’s Workshop. She lives with her husband and son in a Carmel cottage old enough to make you sneeze.

When I was a kid, I used to like to build forts and dress like Zorro. At a certain point, I had to ask myself if I could make a living doing this, and realized I couldn’t, so I decided to be an artist. I loved the Expressionists, especially Marc Chagall. In fact, I give him some credit for why I became a writer.

First, I spent a few years studying art. Much later, when my husband and I visited France, I wanted to find Mr. Chagall. I had questions. I found his address in an international registry: La Colline, St. Paul-de-Vence. No numbers, no letters. It took a bit of snooping around, but we did find the beautiful, old estate high on a hill above a dirt road.

There was a wrought-iron gate with the word La Colline forged in it. Not so hard to find. My gosh, I thought, he probably welcomes visitors! Here was the plan: we were going to leave a potted plant at the gate, along with an invitation to meet for coffee at our hotel. How could he resist, we came all the way from the US to meet him! Anyway, what harm in asking, right?

When I got out of the car to deliver the plant, I leaned down and grabbed hold of the gate, which it turns out had just been freshly painted. I recoiled to look at my black hand and set off an alarm across the valley. Then this herd of Doberman’s the size of small horses came bounding down the hill toward me
bearing teeth. I dropped the stuff, raced back to the car, and we sped away like a couple of Frito Banditos.

NOTE TO MYSELF: This is the kind of thing that happens, and the next thing you know, there’s a warrant out for your arrest, and you end up in some rat-infested island prison, and following a hair-raising escape, you launch an elaborate plot to extract a bitter revenge against your betrayers … or not.

So here’s how Mr. Chagall helped me become a writer: I learned from this experience that it’s a lot more fun to tell a story than it ever was to paint. I spent a few years studying Literature and Creative Writing and worked for a while as a journalist. Surprisingly, my first novel was about a girl who wanted to be an artist but ended up a writer.

Nowadays, when I’m not writing about boy-wonders and aliens and fainting goats, I look after my son, make maps with my husband, drink tea, and am thinking of transforming that first novel into a series of
knock-knock jokes.

Who knows what makes a good writer? You don’t have to make money at it, or get a film deal, or win awards, or even publish your work. You could just start by stalking famous painters.

Early 1900s, Western America. A lonely, disabled boy with a nasty temper and uncontrolled mystical powers, Moojie is taken by his father to his grandfather’s wilderness farm. There, Moojie meets an otherworldly clan of outcasts that he wants to join. Following a series of misadventures–magical and mystical–he is summoned by the call to a great destiny … if only he can survive one last terrifying trial.

Having won a number of awards, Robin Gregory’s The Improbable Wonders of Moojie Littleman is being lauded as a classic. A haunting, visionary tale spun in the magical realist tradition of Gabriel Garcia Marquez’s One Hundred Years of Solitude and Madeleine L’Engle’s A Wrinkle in Time, the profoundly unique voice and heart-stirring narrative recall great works of fiction that explore the universal desire to belong. 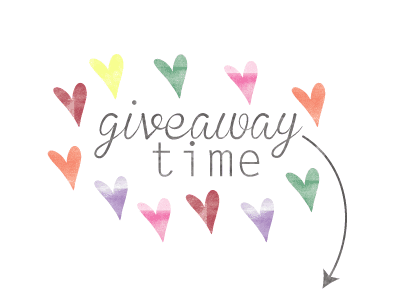 Follow the tour HERE for exclusive excerpts, guest posts, and a giveaway!