My Breakup with Network News

I used to be a news junky. I would watch the local morning, six o’clock and eleven o’clock news every day and in between my television was always tuned to CNN, MSNBC, HLN, or C-Span. I was addicted to network news until one day, I noticed that all the news was basically the same. Sure some networks would put a different spin or lean on the story but they were all talking about the same story and most of the stories were not even newsworthy.

It all started in the summer of 2007 during the first US Social Forum. On opening day of the weeklong event over 10,000 people marched right by the CNN headquarters in Atlanta. I had been tuned to CNN all morning, just knowing that the Social Forum happening right outside their door would be covered. Instead, I found live coverage of Paris Hilton had being released from jail. Thousands of people were right outside CNN’s door talking about real issues and CNN was talking about some bubble headed blonde that was famous for being a rich kid who was released from jail. Had that been a young black woman from the hood she would have had the book thrown at her, but that is for another post. Back to CNN, who did not one news story on the first ever US Social Forum. A weeklong event where people were talking about real issues, climate change, poverty, gender justice, mass incarceration, etc. I looked around and found that none of the network news covered the Social Forum, only a few articles in the local Atlanta paper talked about it at all. That is when I realized that the news was no longer the source for information that I was raised on. The news had drastically changed and could no longer be trusted. They had their own agenda, all of them, and that agenda was controlled by the few media moguls who owned them. The network news was nothing more than a propaganda machine disguised as “news”. Religion was no longer the opiate of the masses, network news was and Rupert Murdock was the God. 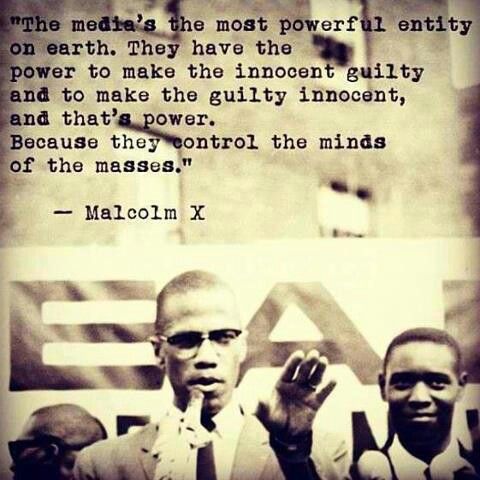 In December 2010, the Tunisian Upraising would spark what became known as the “Arab Spring”. Twitter became the source for news as well as organizing. I joined millions in following the twitter accounts of organizers that were on the ground in the middle east. First-hand news sources that were there in the middle of the uprisings and not controlled by any mainstream media.

The Fall of 2011 saw the rise of Occupy Wall Street and what became known as citizen journalists; live streamers broadcasting 24 hours a day on the internet. As Occupy Wall Street grew and spread to nearly every state citizen journalists became the go-to source for news. At any time day or night, you could tune into a live streamer and see exactly what was happening in almost every state. During this time, my primary news sources became Twitter and live streamers. I still watched some network news just to see what “the system” had to say about what was happening on the street. Often, I was disappointed by no coverage or very slanted stories generated by the Rupert Murdoch/Koch Brother’s propaganda machine. 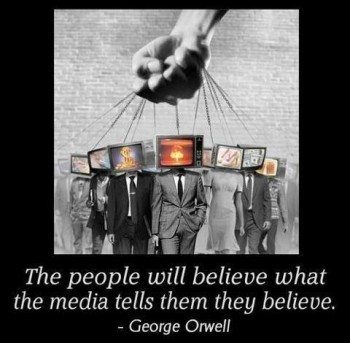 By the time 2014 rolled around and Michael Brown was murdered in the streets of Ferguson, MO and the people of Ferguson stood up and said no more. I knew that if I wanted to find out the truth, I would have to go to the internet and social media because right wing, white, rich network news had begun spinning the story well before there was even a story to spin. I knew that the truth about Tamir and Sandra and all the other black lives that have been taken would never be told on network news. I knew that in our country that is steeped in systemic racism and defining people as “other” and “unworthy” that the only way the truth would be heard was through Twitter, citizen journalists, blogs, and YouTube.

Social media has become my primary source of news and the news I watch on TV is on Comedy Central. Its crazy that news on a comedy network is more informative than anything reported on network news.

Do you trust network news? What are your go-to sources for news?