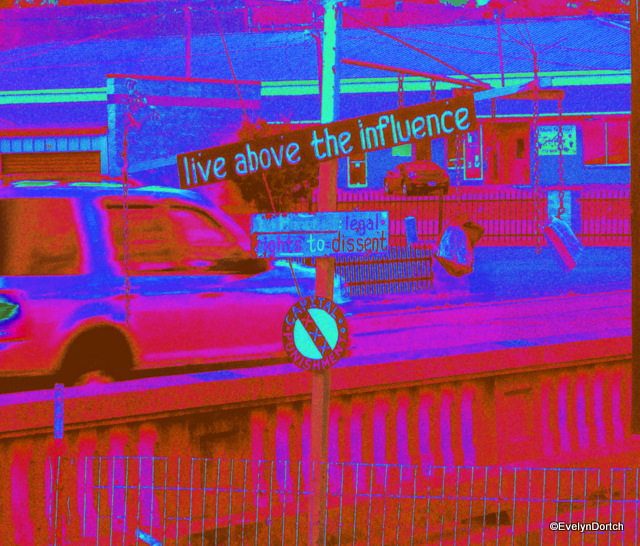 Tucked behind a motel and a barber shop in Brownsville, Tennessee, there is a conversation going on.  It’s a conversation Billy Tripp is having with himself, but the world is welcome to stand witness and listen.  In the Spring of 2014, I overheard this conversation on a trip I took through the deep south.  I heard it on my way back to Nashville from Memphis. I heard it loud and clear so I stopped and listened well into the evening.  It was one of the most amazing conversations I have ever had the pleasure of overhearing.  As the sun began to set it became even more captivating.

“There…is no one to relinquish tonight;

there is nothing to give up.

I…have seen the stars, and the moon, and now,

I hear music.  There are crickets creaking.

There are dark outlines of trees against the sky,

but the sky goes on; I have seen the heavens, and now,

I can see forever; perhaps, it is all there;

perhaps it is here.  Tonight I do not believe I will

leave anything, I will take it all, even then and tomorrow.

I will become the Heavens; the Earth; I will not

Click on the pictures to view a larger image. There is great detail in this work. 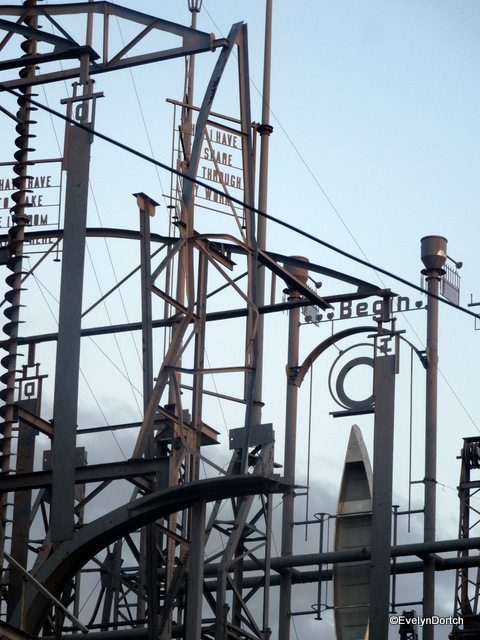 Born 30 miles east in Jackson, Tenn., Tripp grew up in Brownsville, the middle son of a Methodist minister, Charles Tripp, who ran a profitable country ham business on the side. Neither interested in preaching nor curing hams, Billy Tripp was drawn from a young age to metalworking. He recalls a vivid pre-school memory of his father fixing a broken wagon handle by brazing the metal, which looked like gold to the child. Then as a teenager, young Tripp’s ham delivery route included the town of Shiloh, where he would stop to gaze at the spark-and-light show of a welding shop lit up at night. Later, when he enrolled in trade school, he didn’t last a semester, though he kept the textbook from his welding class. A night course in portrait painting followed, as did a year at Memphis State University, including two art history courses taught by self-taught art scholar Carol Crown, but he stopped going to those classes as well.

By all appearance, Tripp is a gentle soul and speaks of his art as a “celebration of a quiet, personal life – I’m having fun, I’m duck hunting.” Yet his ability to provoke the locals is legendary. Exploring his favorite topic, civil dissent, Tripp has planted peppery slogans throughout the Mindfield including “In honor of turd” on a tower and “Satan Saves” on the back of his pickup truck – the latter done in a fit of anger over a radio preacher he disputed. Tripp likes to joke that God and Satan save – “if they both shop at Wal-Mart.”

Painted in his favorite color, battleship gray, the Mindfield spreads across approximately half an acre of land, 300 x 60 feet. Its tallest tower, the environment’s centerpiece, stands 127 feet high, while yin-and-yang fire and water towers each top out at 110 feet. There are parallels in such Herculean efforts as Simon Rodia’s Watts Towers in Los Angeles, which is around 100 feet tall at its tallest, and Antonio Gaudi’s La Sagrada Família in Barcelona. Indeed, Tripp has described his creation as an “outdoor steel church” replete with a sanctuary.

Here is Billy Tripp in his own words talking about his life’s work.

You can read more about Billy Tripp in his book