Elizabeth Engstrom on What Makes a Good Story 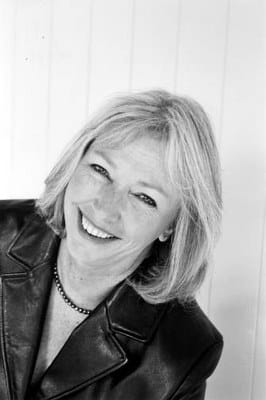 Today’s guest post is from Elizabeth (Liz) Engstrom, who grew up in Park Ridge, Illinois (a Chicago suburb where she lived with her father) and Kaysville, Utah (north of Salt Lake City, where she lived with her mother). After graduating from high school in Illinois, she ventured west in a serious search for acceptable weather, eventually settling in Honolulu. She attended college and worked as an advertising copywriter.

After eight years on Oahu, she moved to Maui, found a business partner and opened an advertising agency. One husband, two children and five years later, she sold the agency to her partner and had enough seed money to try her hand at full-time fiction writing, her lifelong dream. With the help of her mentor, science fiction great Theodore Sturgeon, When Darkness Loves Us was published.

Engstrom moved to Eugene, Oregon in 1986, where she lives with her husband Al Cratty, the legendary muskie fisherman, and their Duck Tolling Retriever, Jook. Liz holds a BA in English Literature and Creative Writing and a Master of Arts in Applied Theology, both from Marylhurst University. A recluse at heart, she still emerges into public occasionally to speak at a writers conference, or to teach a class on various aspects of writing the novel, essay, article or short story. An avid knitter and gardener, she is on faculty at the University of Phoenix and is always working on the next book.

Plot is conflict. The more difficult, more intricate the conflict, the better the story. We all have our favorite authors (my current fave is Naomi Novik—love her Temeraire books and just finished Spinning Silver. Wonderful.), and the reason we do, is we resonate with who they are. The author is the one choosing the nouns and verbs, the author is the one choosing the type of conflict, how intense and vast and detailed it is. We resonate with that person through their writing.

We read because we lead lives of desperate calm. We go to great lengths to avoid conflict, yet fiction is all about conflict. When we go to bed at night and pick up a book, we slide into the shoes of a character embroiled in outrageous conflict and we learn about ourselves as we watch that character act or fail to act, in ways we would or we would not, and cheer as they triumph or despair as they fail. All along the way, we say to ourselves, “I would never do that,” or “I would love to do that,” all the while knowing we would never, could never. This is the nature of escapist literature; we learn about ourselves as we live vicariously through the thrilling escapades of others.

'We learn about ourselves as we live vicariously through the thrilling escapades of others.' Elizabeth Engstrom @LizCrattyClick To Tweet

Did she do it?

A hundred years ago, it was the Trial of the Century. A young woman stood accused of brutally murdering her father and stepmother in a crime so heinous that it became a benchmark in human tragedy.

A hundred years later, the Lizzie Borden case still resounds in the imagination. There are those who staunchly defend Lizzie’s innocence while others vehemently declare that she did it, and that the murder was justified.

In Elizabeth Engstrom’s brilliant novel, the dark psychology of the Borden household is laid bare. Lizzie, her sister Emma and their parents Andrew and Abby Borden, are sharply illuminated—as are the paranoia and concealed hatred that secretly ruled the family. Domestic violence and dysfunctional families are not inventions of modern times.

“Every door in the Borden house is metaphorically locked, and each room holds the terrible secrets of its occupant…Engstrom skillfully and subtly builds a psychological plot, moving the reader inexorably toward the anticipated savage denouement.” —Publishers Weekly

Find out how you can Guest Post on Eclectic Evelyn