Skip to Content
Home Life Children are NOT Collateral Damage 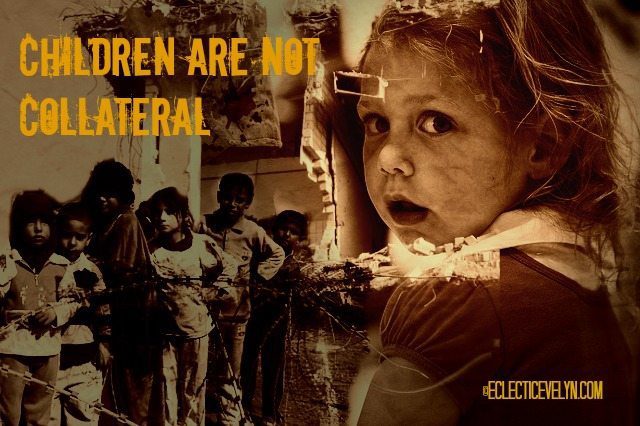 When did it become accepted that children are collateral damage? When did the powers sit down and say children are expendable? In what back room, boardroom, golf course, country club gathering did everyone agree that it was okay to sacrifice children on the alter of corporate greed?  In what nightmare of insanity did the world decide it was okay to kill children, to turn children into soldiers and sex slaves? Why are children a target of the elite, of the powers that be?  Why is this the new face of war?

Now a year later and these same children are targets of their own government and ours. This is not ok! This will never be ok!