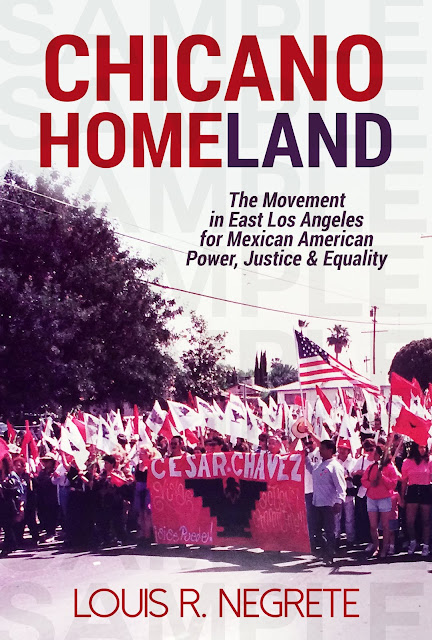 Title: CHICANO HOMELAND
Author: Louis R. Negrete
Publisher: Independent
Pages: 136
Genre: Historical/Nonfiction
Los Angeles author-educator Dr. Louis R. Negrete lived and now tells the compelling, dynamic story of the movement for the rights of Mexican-Americans in the USA, particularly those In California. In his riveting, powerfully written historical book, CHICANO HOMELAND, retired college professor Dr. Negrete vividly describes the issues that sparked the Chicano civil rights movement, that saw unbridled police brutality, institutional poverty (that still even exists today, he says), demands for better schools, the anti-Vietnam war protests and the support for undocumented immigrants.
Mr. Negrete’s CHICANO HOMELAND captures in its historical pages the early Mexican settlement in Los Angeles to the 1950s Zoot Suit riots in L.A. to where Chicanos stand today in the California culture. He gives us a colorful, vivid history of a people that every Hispanic should read, especially as he says, “Chicanos and Chicanas, so they can know where they came from, how they got here and be inspired to chart a course to a genuine, lasting political power for what is now the largest ethnic minority in the United States.”
Commented author Dr. Louis R. Negrete on his book, “I believe that Americans must fight back against racism and national politics. The Chicano movement was a success but resistance to racism must continue, especially with the anti-immigrant policies popular today. I wrote the book based upon my experience growing up in Los Angeles, aware of persistent demands for justice and an end to racism. Younger Mexican-Americans and other minorities should know this part of United States history.”

When I was nine years old, I saw my uncle chased down 103rd Street in Watts by a small group of silors in uniform who were guarded by Los Angeles city policemen… We all noticed that the sailors and police were white and the escaping pachuchos were Mexican American.

This is what makes this book great.  It provides a great introduction to Chicano organizing and movement building from the perspective of someone who lived it.  I learned some things I didn’t know in this book even though being a community organizer I was well aware of the movement and had the opportunity to meet and work with some of the people mentioned in the book.  It was interesting to read Dr. Negrete’s experience.

If you would like to learn more about this movement you can watch this PBS documentary. 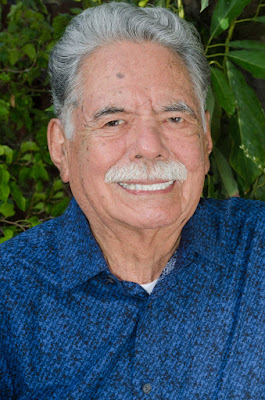 Dr. Louis R. Negrete was born and raised in Los Angeles. During his distinguished career, Dr. Negrete served as Director of Project Head Start for the Council of Mexican American Affairs and was also a founding member of the  Chicano Studies Department at the California State University in Los Angeles. In 1993 he was the recipient of the Campaign For Human Development Empowerment award. This is the highest award given annually from the Office of Justice and Peace of the Archdiocese of Los Angeles to an individual whose life and work embodies action towards empowerment of the poor and commitment to institutional change that breaks cycles of poverty. He served as professor of Chicano Studies for some 35 years at Cal State LA. CHICANO HOMELAND is his first book. Dr. Negrete makes his home in Los Angeles, California.