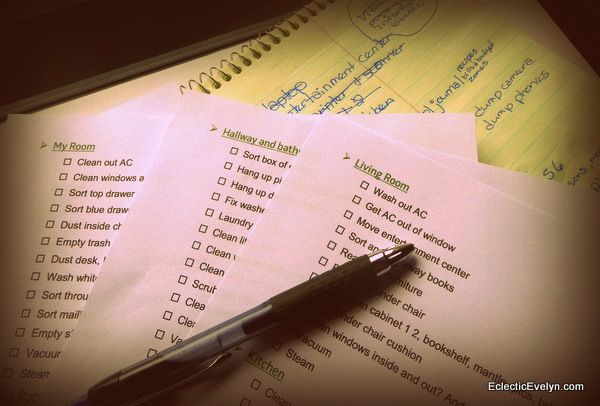 It’s OK to Hide the Dirt

It just seems like there is less time now to get it all done. Maybe it’s because I physically can’t do the stuff as quick as I used to. When my kids were little, I could have cleaned this whole house from top to bottom in less than a day. Scrubbed the walls and floors, washed the windows, moved all the furniture and cleaned under it, you know the usual OCD kind of cleaning all us “good mothers” do. Now I can get part of a room cleaned like that in a day and if I’m lucky a whole room. One advantage to this is I have now learned to hide the dirt and not obsess so much over the little things. I have learned to let it go. As long as the house looks presentable – pick up a little, sweep the floor, then do the dishes – then it is ok. If there’s dust in the corner or tumbleweeds of dog hair in the hallway its ok. The world will not end and no one, except maybe my mother, will think any differently about me. People visit to see me not my house and if they don’t like the way my house looks well then they’re not really my friend and they can leave. There are way more fascinating things than to clean under the refrigerator.

Clean House in Your Bra.

At times in my life, I tried to be Suzie Homemaker – the picture of what a “good mother” should be. I would try to be organized, on schedule, and have my home under control. I tried the Fly Lady program numerous times and for a while, it would work, then life happened and I would fall back into my old routine. Now that I am no longer trying to be the perfect mother, I have realized that there was nothing wrong with my own household routine. The routine that I learned from my grandmother who could spot a piece of dust a mile away.

Every Sunday, we would get up and clean the house first thing. She said that way the house looks good to start the week. She would say “you get up and get your work done first and then you can play. The quicker you get your work done the more time you have to play.” She cleaned house in a pair of shorts and a bra just like my Aunts and my Great-Grandmother. They said it was cooler that way and with these hot flashes, I now understand why. Everybody knew Sunday was for housecleaning so if you showed up early Sunday morning she would put you to work but if you showed up in the mid-afternoon then you got to eat Sunday dinner almost always a pot roast with all the fixins. Yum!

Post-it Notes and Scraps of Paper are

. I try to be organized. I have spent the better part of today looking at household planners

, and all sorts of printables to get organized. I have filed up a folder on my laptop

with hundreds of samples, examples, and tools. Now, much like the fabulous household control journal I made at the end of last year, that folder will sit on my laptop unopened and unused.

I like the idea of a household control journal because I like to pretend to be way more organized than I really am. The problem is once you get everything written out, printed out, organized, three-hole punched and put in the binder you need a crane just to tote it around. Mine is one of those big 3 ring binders

with folders and pockets and all kinds of dividers and sections. It probably weighs a good 15 pounds. When I open it, it takes up my entire desktop so needless to say it stopped being used fairly quickly. When something becomes an ordeal and a big effort you tend to stop using it. I have accepted the fact that Post-it Notes and

June Cleaver is Not Real and Martha Stewart has Staff

, the Domestic Goddess. I even vacuumed in pearls

once like June Cleaver. None of it worked. I was still me. Still a single mother, living in the hood, just trying to keep it all together with no clue of exactly what I was supposed to be doing.

Once when I was in New York, I attended the Martha Stewart show. It was after she had spent some time visiting my beautiful state of West Virginia. I was a little excited as I had never been to anything like that before. I found out the truth that day about Martha and June and all the other Domestic Goddesses. They have staff. Martha has an entire crew of people off to the side doing all the cooking and crafting. If I had an entire staff I could look that good and have my house sparkling too. I was just one woman raising four children while going to college full-time and working so I guess I did all right. Nobody died and everybody got fed at least three times a day. So Martha might have her glue gun and June her pearls but I have my scraps of paper and post-it notes and I’m doing just fine.

Don’t Get Lost in the Details 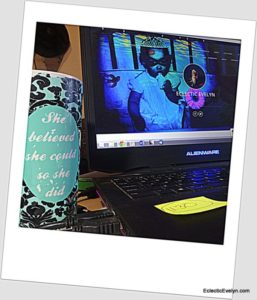 Don’t let yourself get lost in the details. I worry so much about making lists and checking things off that I often spend more time making lists and organizing things than actually doing things. One day you are trying to organize your morning routine to make sure the kids get off to school with everything they need and the next day you are wandering around an empty house with a cup of coffee

talking to the dog. Don’t let yourself get lost in all the little details and miss out on what is important. Life is what happens while we are making lists, filling binders, and writing on post-it notes. Make sure you fill that binder with lots of love, laughs, friends, and memories to keep you company because believe me the dog is not a big talker in the morning.

Baby, It’s Hot Outside: A Christmas Down Under with Giveaway